We created Couriers TV to do something to help those in the transport industry, and those looking to be a part of it, get the right information. With that in mind, we’re doing what we can to investigate companies. Especially those that provide goods and services, to see if they are misleading drivers.

We’ve just had a conversation with someone who has enquired about joining the Courier Exchange. Their experience has raised a few eyebrows here at CTV.

1) How much competition there was in his local area for Luton van work?

CX response: “There are only 14 other people near that particular location with Lutons.”

Our research: Within 10 miles there are 15 owner-drivers, but also 34 courier companies that stated they had Luton vehicles, so AT LEAST 49 possible competitors.

When the radius is extended to 30 miles, the numbers leap to 60 owner-drivers and 185 companies you would be competing with.

This also doesn’t allow for people passing through that area looking for back-loads that will also increase the competition when you bid for work.

2) How many loads were being posted requesting Luton van deliveries in his area?

CX response: “There is plenty of work to be had for a Luton van”

Our research: This is a vague answer, and from what we can see – also not entirely true.

There are loads requesting other vans, which you COULD fit in your Luton van, but you will not get the rate you need to operate at a profit for that vehicle.

Even worse, one of the jobs that was requesting a Luton van, was actually not a real job, it was a company trying to build its own driver network, almost in direct competition with CX.

So according to what we’ve found, that means in 3 days there has been 2 delivery jobs posted for at least 49 people to fight over.

We’re not blaming CX for this situation. Things are bad right now around the world due to Coronavirus. There has been a huge decrease in deliveries as so many businesses have closed.

BUT… what we are saying is that it’s not fair to offer hope to someone in need of work. They have to pay HUGE membership fees, and will most likely struggle to earn those fees back.

Surely that is a form of misleading drivers?

Imagine you needed toilet rolls. So you ring your local supermarket. They tell you that they “have LOTS of toilet rolls, enough for everybody”. You drive to the store, only to find out there are none left. You’ve wasted your time, money and come away with nothing. Was it fair of the store to say that?

BE FAIR. BE HONEST. MAYBE EVEN CONSIDER REDUCING FEES DURING THIS DIFFICULT PERIOD?

Everyone else in Britain is making exceptions and altering their businesses to suit the situation, why not CX? 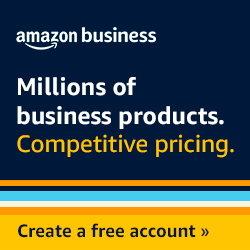 All Posts »
PrevPreviousNews: Huge Increase in People Wanting to Become a Courier.
NextIs Your Van MOT’d?Next

Join in the conversation on OUR social channels

For deals on Fuel Cards, Telematics and Mobile Phones.

Advertising information: CTV benefits by way of advertising fees, paid partnerships and referral fees from some of the businesses featured.

Why Not Sign Up To Our Email Newsletter?
Get the latest industry news along with offers and discounts from our premier partners, access to competitions, job listings and much more coming in 2022.

Save money on Diesel with Fleetmaxx

Every penny counts and Fleetmaxx can help you save up to 10p/litre compared to pump prices. Fill out this quick form and someone will get back to you to

This website uses Google Analytics to collect anonymous information such as the number of visitors to the site, and the most popular pages.